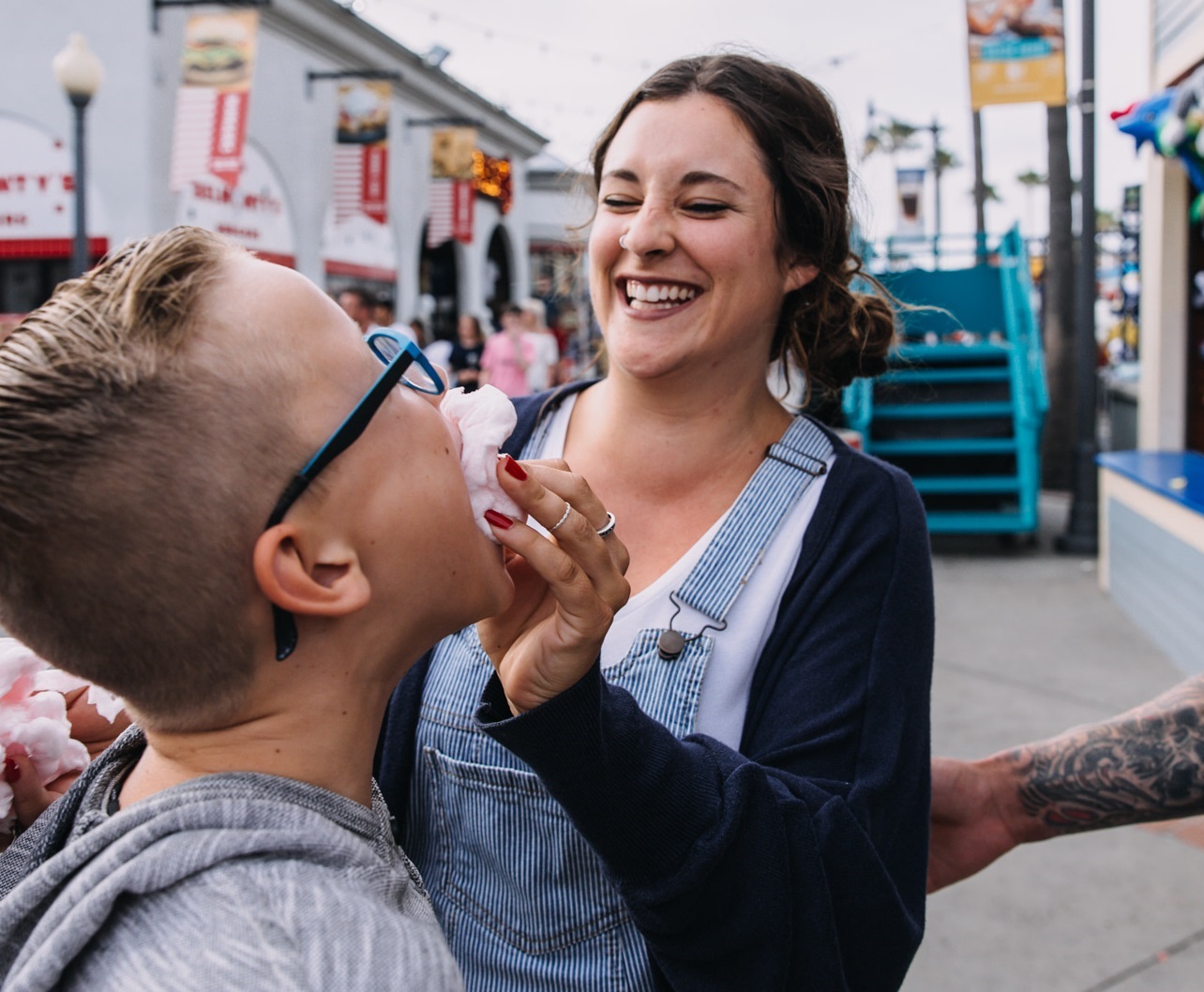 Because just stepping into this role takes bravery; don’t lose sight of that.

When I first became a bonus parent, I tried to build my self-confidence by relating everything to my experiences babysitting. I thought that I would have this thing all ‘figured out’ because of ten years of loving on other people’s children.

Turns out it’s not that way at all (and that’s a good thing).

What happened when I walked in believing I would be perfect is that I fell short. Over and over again. I kept telling myself that I had to have everything right otherwise I wouldn’t be the ‘mom’ Austin needed. I kept beating myself up for the times I failed.

Stop counting your failures and start focusing on the blessings.

Despite the mistakes, you’re doing better than you think.

If there’s one thing I wish all bonus parents knew, it’s this: you aren’t trying to ‘beat’ or ‘challenge’ the biological parent or other parental figure(s) in the story.

Instead, you’re writing your own.

Here’s a bonus parent confession: Sometimes there’s this tendency to want to do more or to do better than someone else in the child’s life. It’s something we don’t even recognize half the time because it’s unconscious (and it’s also embarrassing to admit). But it happens. And truly, you have to teach yourself that regardless of where you fit in the equation, your job isn’t to compete—it’s to run your own race.

3. You have to stop measuring yourself to journeys that you aren’t walking.

We want to compare ourselves to other people. We want to judge our parenting on a scale of others we admire. We spend so much time looking ourselves in the mirror, trying so desperately to wish something else onto our skin—but it’s useless.

So here’s some candid bonus parenting advice: stop comparing, stop stressing, stop measuring, and stop wishing you could do or be something different. Simply show up and be you.

Everyone has a ‘breaking point.’ Everyone has a place where they will no longer compromise. Everyone has a moment when they can’t shift anymore or they’ll break. And to be a good bonus parent you have to find yours. You have to get yourself to that (uneasy and often painful) point so that you know what you’ll take ad what you won’t.

You have to be willing to have difficult conversations, too, and talk about the hard stuff to know how you’ll face it when it comes. But if you don’t know your ‘line,’ you won’t have a relationship that’s open, honest, and trusting. And that’s so fundamental in raising a child.

You have things you won’t compromise on, and that’s okay. But bonus parenting comes with thousands of tiny moments where you will. You might think you’ll always be and stay a certain way, but you have to be open to the truth that love will change you and turn you inside out.

And yes, that’s scary. But it’s so beautiful, too.