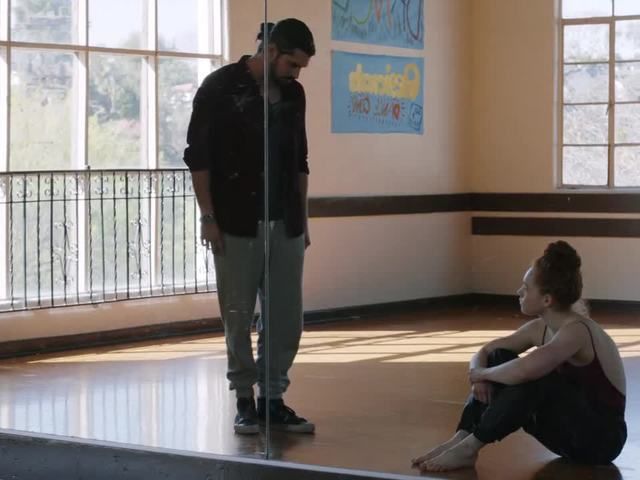 Eight years ago my daughter Emma, who was turning 9, looked at me in the eyes and uttered the phrase no stepdad wants to hear. I wish I could have shared with Emma all the pain and hurt I felt at that moment, but instead, I just sat there with no real response at all. If she could have only known how hard I was working to adapt to a new environment (I went from ZERO kids to 5 kids almost overnight), juggle the responsibilities of being a new stepdad without offending their real dad, and doing my best to connect and balance my relationship with my wife.

So, at that moment, it was very hard to hear and even harder to digest.

When I heard those words, a part of me wanted to shut down, give up, and throw in the towel. (I think we have all been there!) Was I ever going to get to a point where I could gain their trust and love? Would anything ever change in the dynamic of my family?

During the first few years as a stepdad it’s hard to see past all of the obstacles, but if you can stay patient, good things will come.

Here is how, over time, I turned negative to positive. Rather than focusing on the negative, I decided to change the channel and find the positive in my situation: How could I use this? How many other stepdad’s have gone through or are going through the exact same thing? How can I show my daughter that I am doing my best and that I want to be better?

At that moment, I turned to my computer, plugged in my headphones, put on my favorite movie scores, opened a Word document and began to write. I put myself in her shoes and I used her pain, frustration, and confusion to develop a story that I would eventually turn into a screenplay. Five days later, I had written over 70 pages of a story about a man who fell in love with his childhood best friend—who had a 16-year-old daughter—and a real dad who wanted nothing to do with either of them. I knew I wanted dance to play a key role in the film considering the fact that all four of my girls are dancers, my wife is a dancer, and I grew up in dance studios as well.

After the seventh straight day of writing, I had completed around 100 pages of the story. At the time I had no idea what I had, but I knew it was special. I knew I had just created something, for me and my daughter Emma, that would last forever.

Being a stepd is no easy task and overcoming obstacles within the family and outside of the family comes with the job description.

Honestly, there are two types of stepdads in this world. The one who buckles under the constant pressure, or the one who uses it for growth and love. In the end, I wrote what ended up being a 115 page Family Feature Film called Lift Me Up (PS: I’m not a writer) and two years later, we went into production in Los Angeles, California to watch it for the first time.

Hollywood, of course, changed some of the story to add drama but the core of the film is there. The film premiered here in Arizona and it went on to spend over two years on Netflix. I share this not to brag, but to remind you that the responsibility of every stepdad—every parent, really—is to build T-R-U-S-T within the family.

One way to do that is to use what seems like a negative to create a positive.