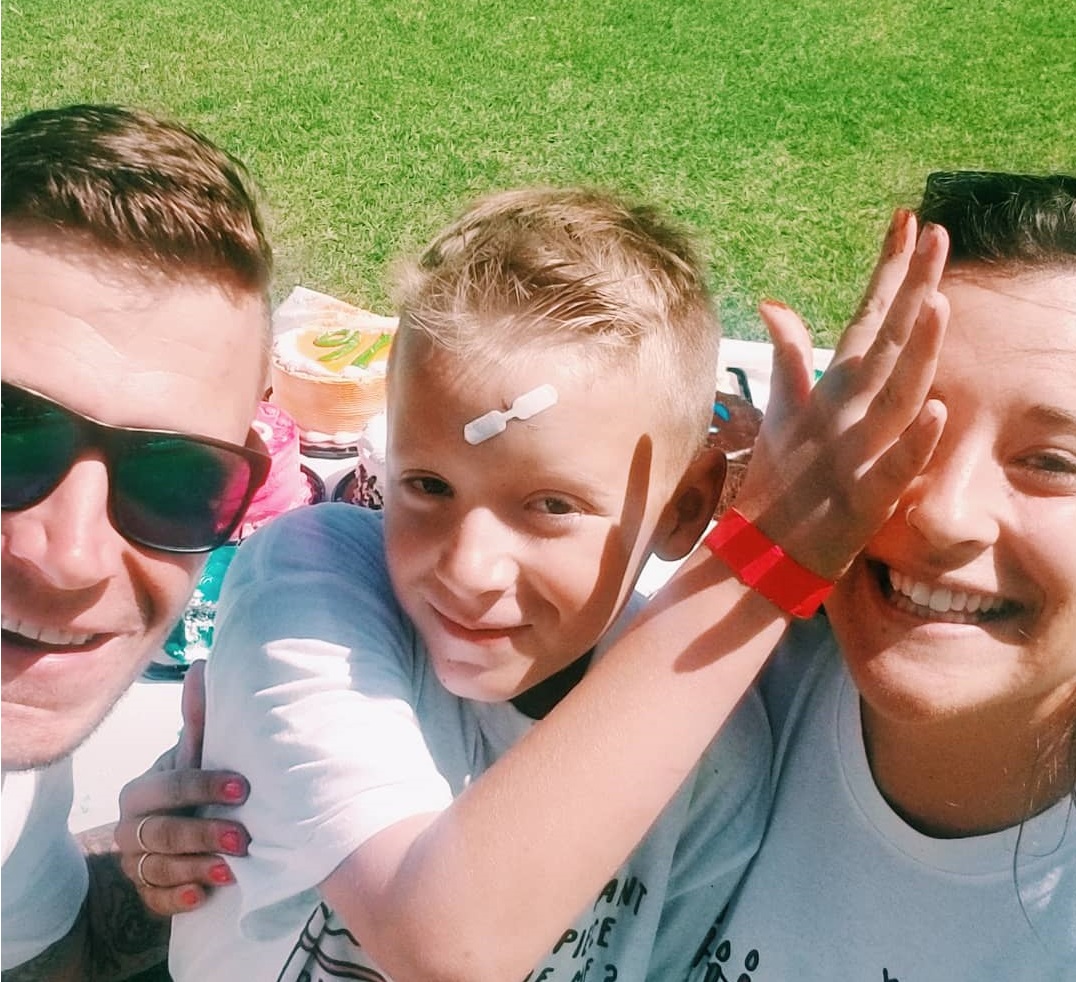 When I first met my boyfriend, James, everyone loved him. With his charismatic smile and genuine conversations, there wasn’t a thing to dislike. Until people found out he was a father. For some people, that changed everything.

But not for me.

On the first night James and I met, he talked about his son, Austin. Smitten by his dedication to not only fatherhood but his career—while simultaneously chasing his dreams and attending school full-time—I wasn’t deterred in the slightest. And being someone who has always loved kids, having another small human in my life was more of a blessing than an obstacle.

When I first got serious with James, though, I faced a lot of opposition. Quite a few people cautioned me about ‘throwing my life away,’ about ‘losing myself,’ and about ‘giving things up’ in my life for someone else.

While I do believe that these people’s intentions were good, I’ve realized that sometimes you have to listen to your heart over anything else. Contrary to what others might argue, I do understand what it means to be a mother figure in your twenties. I know that love comes with some sacrifice and that children are a lot of work.

But when I met James, I knew there was something different, and meeting Austin several months later solidified it for me.

I’m often asked about my bonus mom journey, what it’s like, whether it’s hard—and honestly, those questions are why I wanted to create this website in the first place. There doesn’t seem to be enough information for people like me, learning to raise a human that’s not theirs by blood.

So for anyone wondering, or in the same boat and trying to stay afloat on this crazy, wonderful ride, here’s my parenting why:

Because I Truly Believe God Put Me Here for a Reason

When I think about how I met James and Austin, I can’t help but smile at the irony. I was finally, fully myself when I met James. Finally over heartbreak and living independently and happily. And then, of course, I bump into a man who changed everything.

And what are the odds that the man I meet and fall for has a child? What are the odds that I love children and have worked with them all my life as a nanny and teacher? And beyond that, what are the odds that we each would be exactly what one another needed? James needed a woman to stand beside him and love his child, I needed a mature man with goals and a child to love because I wasn’t ready for my own quite yet. And Austin needed another mama to love on him and fight like hell for all his special needs and schooling.

It’s God—that’s the only explanation. The fact that we could find one another, and be so aligned, and be so right just makes me smile at the truth about God’s timing. Sometimes you have to be patient and know that He’s bringing you to the right people, and the right people to you.

I truly believe God brought me into Austin’s life for a reason. Saying ‘yes’ to being a bonus mom was the easiest, most natural decision I’ve ever made.

Because Following Your Heart and Living Purely Is All There Is

When James, Austin, and I first moved in together, I searched out other women in my position—women who could understand the ups and downs of becoming a mom to a child who isn’t yours. One of the best conversations I ever had was with another gal in her twenties. Speaking to knowing what the ‘right’ things were, she said, simply, “Do everything with a pure heart.”

And that really resonates with me, even now.

Following your heart sounds cliché, but it’s absolutely true. When it came to Austin and James I simply followed my heart and trusted my gut. And every decision from that moment on has been from a place of that pure heart (or trying my best to be!). That’s all you can do.

I’ve always been the type of woman to say ‘yes’ to things I believe in.

When I started getting serious with James, both strangers and people close to me advised me against it, saying that it was ‘naïve’ and even ‘foolish.’ At the time, I was so upset. Now I understand that it’s hard to wrap your head around what you don’t know or understand.

I said ‘yes’ to being a bonus mom because that’s what I felt. And to me, taking a risk and saying ‘yes’ to what I believe in is worth it, no matter the cost.

Because Children Are Incredible

I’ve been a nanny on and off for over ten years. I’ve wiped more butts than I can count, have held hundreds of hands, kissed away thousands of tears, and truly loved so many children who were not my own.

That’s why stepping up in Austin’s life and being a bonus mom wasn’t even a question. I committed to loving that incredible little human before I even met him.

Because I Never Felt Any Loss or Sacrifice in Saying Yes

Honestly, anyone who thinks that having a child or being in a child’s life means making a sacrifice (in a negative way) just isn’t ready yet, or just isn’t meant to have kids in their life. And that’s okay.

People cautioned me about the loss I would feel, about the ways I would have to walk away from my dreams and goals to be a part of this ‘family.’ But I’ll speak for both the bonus and biological parents out there: you don’t lose yourself with children, you only gain. You gain a new identity, new purpose, and new love far beyond what you thought you were capable of.

Because Being a Bonus Mom Felt Right

I truly believe that when it’s right, you’ll know. And with James and Austin, it was. I never felt like I was giving up a part of myself, or walking away from purpose or identity in stepping into their lives.

My life wasn’t ending, it was beginning.